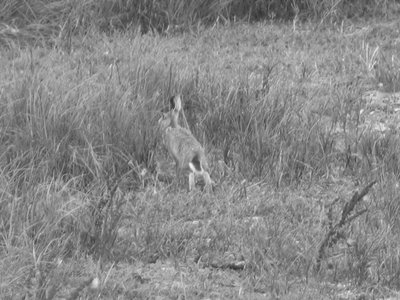 One European myth alleges that the Hare was once a bird, transformed by Eostre, an Anglo-Saxon Goddess of Spring (from whom we derive the name for Easter) into the swift footed animal we know today. Lore has it however, that hares continued to lay eggs, giving rise to the idea of the egg bearing Easter ‘bunny’. I’m told a hares form and lapwings nest are similar, and if eggs were observed in what were thought to be hare forms, this belief could have been given wing.