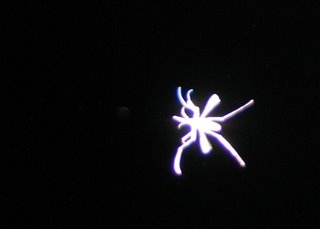 The mossies are gathering and getting ready to strike. In the north Kent marshes you can be unlucky and get the attention of a female Anopheles plumbeus, a type that can transmit malaria if it first bites an infected person and then feasts on you. As the climate camp assembles just across the river at Kingsnorth, it’s a reminder that global warming is leading scientists to predict a resurgence of the disease here in the low lying salt marshes of north Kent, where in the nineteenth century is was common and known as the ague.

Here in Cliffe there was a mini outbreak in 1918, when soldiers were returned to their barracks after being diagnosed with worrying symptoms in Thessaloniki. The men had been treated in Greece by a British Army doctor called Ronald Ross, who had been awarded the Nobel Prize for Medicine for demonstrating the role of Mosquitoes in the spread of malaria. He had made explicit the need for them to avoid regions in England where the anopheles atroparvus mosquito thrived. During the next twelve months 500 civilians living close to the Hoo peninsula were diagnosed with malaria.